Regarded as one of the best adventure destinations in the world, Nepal is home to 8 of the 10 highest mountains on the planet, including Mount Everest where the Fast-moving, snow-fed rivers cut through the hills and mountains from north to south, carving deep valleys and steep ridges and further dividing the southern plain from hills. The elevation of the country ranges from 60 m above sea level to the highest point on the earth, Mt. Everest at 8848 m.

At the same time, you could either be sweltering on the temperate lowlands or basking on temperate Valley of capital Kathmandu or could experience chilly weather atop a mountain. The rugged topography has also created numerous ecological niches to which different ethnic groups have adapted perfectly. Its unique geographical location and latitude variations have created one of the richest biodiversity on Earth. With a total of 118 different ecosystems in Nepal, it is ranked 25th and 11th positions in biodiversity richness in the world and Asia. With 0.1% of the global area, Nepal’s accommodates more than 5,000 species of flowering plants, 181 species of mammals, 844 species of birds, 185 species of fishes, about 635 species of butterflies and more than 2252 months, out of which 284 species of flowering plants, 160 animal species and 14 species of herpetofauna are reportedly endemic to Nepal.

Beside all these facets Nepal still has much to offer – the culture, people, hospitality, beauty and inspiration from the Himalayas. The major Religion in Nepal is Hinduism, and Pashupatinath Temple, the world’s largest temple of Shiva, located in Kathmandu attracts many pilgrimage sites like Janaki Mandir, Gosaikunda and many more. Buddhism is also the largest minority Religion. The World heritage site at Lumbini, which is considered to be the birthplace of Gautam Buddha, is an important pilgrimage site.

The shared feeling of Adventure-Culture-Nature in the foothills of Himalaya is always an insignia of honour for any Trekker worth their trekking boots. Nepal is home to a network of trails also called the Great Himalaya Trails, an extensive trail system that covers Nepal from Humla and Darchula in the west to Kanchenjunga in the east. The diversity of trekking in Nepal cannot be found in any other region of the world. 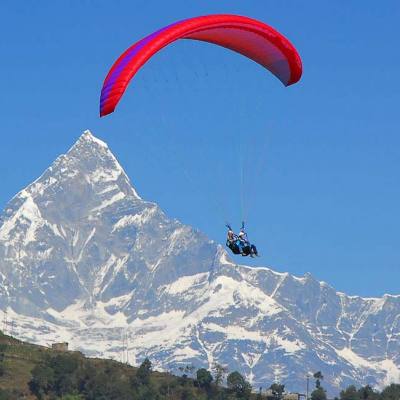 To receive news, updates and tour packages via email.